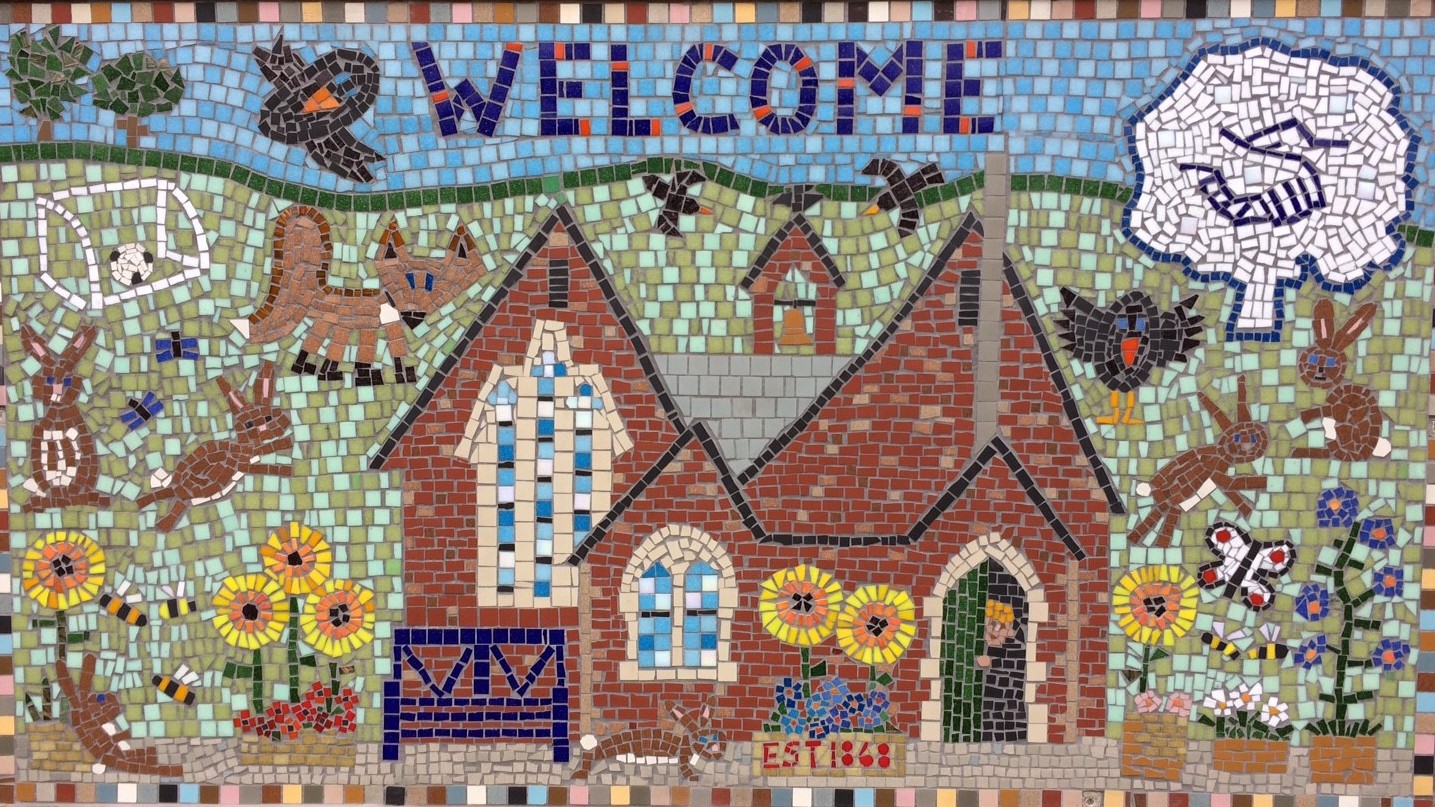 Brinkworth Earl Danby’s CE Primary School is committed to ensuring that everyone is treated fairly and with respect as we want our school to be a safe and inspiring learning environment for all our pupils.  This school recognises that people have different needs and we understand that treating people equally does not always involve treating everyone the same. Brinkworth Earl Danby’s CE Primary School creates inclusive processes and practices where the varying needs of individuals can be identified and met.

This document explains how we show our commitment to equality.i for our school population and how we plan to tackle inequalities that may impact at school.

The underachievement of boys compared with girls persists both nationally and in Wiltshire.  In Wiltshire, the attainment gap is marginally under 8 percentage points, with 68% of girls achieving the expected standard in all of reading, writing and maths compared to 60% of boys.

In Wiltshire, the sex (girls/boys) attainment gap for the broad ‘major’ ethnic category All Black Pupils is larger at 10 percentage points with 62.7% of girls and 52.6% of boys achieving the expected standard in reading, writing and maths.

Two thirds of the gender gap in achieving the expected standard in reading at age eleven is attributable to the fact that boys have lower levels of language and attention at age five.

This school knows that intervention targeting early language and attention have potential for improving outcomes for all children. Boys benefit from such interventions because they are more likely to have these problems to begin with.iii

Many minority ethnic groups of pupils do well but there are also groups where underachievement persists.  Underachievement for the groups highlighted in this report are a national as well as a Wiltshire concern and have been an ongoing issue since ethnic monitoring was introduced.

Very small numbers of minority ethnic pupils in Brinkworth Earl Danby’s mean that individual pupil-targeted approaches must be used to identify both underachievement and to celebrate successes.  LA and national attainment data provides a valuable source of information to identify potential areas of concern.

When and as appropriate Brinkworth Earl Danby’s works closely with the LA to implement proven strategies to raise attainment during the primary school years.

Our curriculum, teaching, policies and practices are regularly reviewed and updated.  The Black Lives Matter movement has provided a new impetus to this important work.  This school is also receiving regular guidance and information from the LA as well as sharing best practice with other Wiltshire schools.

A House of Commons Briefing Paper (September 2017) reported that education issues for Gypsies and Travellers include prejudice, discrimination and discriminatory attitudes.  The issues also include the schools’ responses to discrimination, and high levels of self-exclusion from mainstream education because of discrimination.iv

National research published in 2018 suggests there has been a significant increase in the number of Gypsy/Roma and Irish Traveller children who are being cared for by local councils.  The data shows an increase of 900% for the numbers of Gypsy/Roma children and 400% for Irish Traveller children since 2009.  One of the reasons suggested is that Gypsy/Roma and Traveller families are less likely to be offered or have access to early help and support and this is important as it is an area in which schools are able to help.v

English as an Additional Language

In Wiltshire schools, the same proportion, 64%, of pupils for whom English is known to be their first language and those for whom it is an additional language achieved the expected standard.ii

It should be noted that children with EAL have widely varying levels of English proficiency.  Some children have no English and some are fluent multilingual English-speakers and may have lived in English-speaking countries or have been educated in English throughout their childhood.  Attainment is also affected by first language; for example, there are significant differences between Tamil and Chinese speakers, who, on average, perform better than Pashto and Turkish speakers.

In addition, prior education and arrival time impacts on attainment.vi The Wiltshire Ethnic Minority and Traveller Achievement Service advise on best practice for individual pupils to ensure those most vulnerable to poor attainment are to fulfil their academic potential.

Data is not collected for monitoring purposes on Religion and Belief, and so there is no information available to compare the attainment of pupils who have/or do not have a religion or a belief.

Brinkworth Earl Danby’s is committed to supporting all our young people as they develop a personal relationship with their own values and beliefs, and to supporting, in the context of the Human Rights agenda, the role this plays in the moral and ethical choices they make in life.

This school takes incidents of prejudice-related bullying seriously and is committed to working closely with parents/carers to create a school environment which is nurturing, friendly and supportive for all our children.  Our school has established a procedure for recording all incidents of prejudice-based bullying, and this includes bullying related to religion and belief.  Comments from young people about bullying include the following, “Encourage and celebrate difference – don’t single us out if we are different, have difficulties, or have different beliefs and views”, the Wiltshire Anti-Bullying Charter https://www.wiltshirehealthyschools.org/core-themes/emotional-health-and-wellbeing/anti-bullying-practice/.   This school is vigilant in maintaining an awareness of, and appropriate responses to, this possibility.  Brinkworth Earl Danby’s is aware that negative faith-based media attention can have an impact on all children, and recognises the importance of ensuring that pupils are provided with accurate and appropriate information.

Brinkworth Earl Danby’s ensures that all pupils gain knowledge of and respect for the different faiths in Britain as part of our role to prepare pupils for modern life in a diverse Britain.  As part of a whole school activity, pupils celebrate different religious festivals and learn from religious representatives from various communities.

Brinkworth Earl Danby’s recognises that discrimination on the grounds of religion or belief is a global concern.  This school is aware that Islamophobia and anti-Semitism (discrimination or prejudice against people because they are Muslim or Jewish) is increasing and that it displays many of the same traits as racism.  This school will continue its work to inform and actively promote acceptance and respect.  Nationally, between 2015/6 and 2016/7 there was an increase of 37 per cent in the numbers of faith or belief-based incidents reported to the Police either on school property or near to school property.vii

11% of Islamophobic incidents happen in educational institutionsviii, including name-calling, jibes about so-called Islamic State, violence, and victimisation when wearing a hijabix. Many Muslim young people say abuse is so commonplace it is normalisedx.  Childline has recorded a spike in race-based and faith-based bullying with victims reporting that they feel isolated, withdrawn and lack self-esteemxi.

This school is benefiting from an education resource designed to work with primary school children to educate them about Islamophobia.  The development of this resource was funded by the Home Officexii.

This school has benefited from the work undertaken by the Church of England and published in the document “Valuing All God’s Children”.xv This excellent document provides a framework that helps our school to address all issues of bullying behaviour and discriminatory language, and includes homophobia, biphobia and transphobia.

Brinkworth Earl Danby’s is required to publish information on the attainment of SEN pupils.  The focus of this section of this Equality Information document is disability.  The disability areas being highlighted in this report have been adapted to reflect our current pupil profile.  Please note that as schools must adhere to data protection protocols in order not to breach the confidentiality of individual or small groups of pupils, this may mean that our school is limited in the data it is able to publish in this section.

SEND Pupils and the link with Poverty

Brinkworth Earl Danby’s has made the achievement of pupils with SEND a whole school priority and is supported with expert advice from our SEND education specialists.  Brinkworth Earl Danby’s also knows that a strong partnership with parents/carers is important, and will continue to work collaboratively to support parents/carers as they seek to provide their children with a stimulating home-learning environment.

There is an increasing understanding of the negative impact of social, emotional, and mental health difficulties (SEMH) on the educational attainment of pupils.  The incorporation of mental health into the Equality Act 2010 has helped to highlight this important issue.i

This school is committed to addressing all issues of bullying behaviour and discriminatory language and this includes homophobia, biphobia and transphobia.

This school has decided that one of our new Equality Objectives will address pupil mental health and wellbeing as part of our commitment to preventing mental health difficulties that may start in childhood but have a greater impact in adult life.

This school is committed to addressing all issues of bullying behaviour and discriminatory language.  This school is aware that social media and on-line gaming exposes children to language that describes people with disabilities in a negative way.  This school understands the impact of these words and has therefore decided that one of our new Equality Objectives will be to educate our pupils about disability-related discriminatory language to ensure all our pupils understand why some words should not be used.

i The Equality Act 2010 and Schools https://assets.publishing.service.gov.uk/government/uploads/system/uploads/attachment_data/file/315587/Equality_Act_Advice_Final.pdf

v The Fragility of Professional Competence, A Preliminary Account of Child Protection Practice with Romani and Traveller Children in England, January 2018, University of Salford, Manchester http://usir.salford.ac.uk/46146/1/the-fragility-of-professional-competence-january-2018.pdf

vi Educational Outcomes for Pupils who have English as an Additional Language: The Education Policy Institute, The Bell Foundation, Unbound Philanthropy by Jo Hutchinson, Director for Social Mobility and Vulnerable Learners (February 2018)  https://www.bell-foundation.org.uk/research-report/educational-outcomes-of-children-with-english-as-an-additional-language/